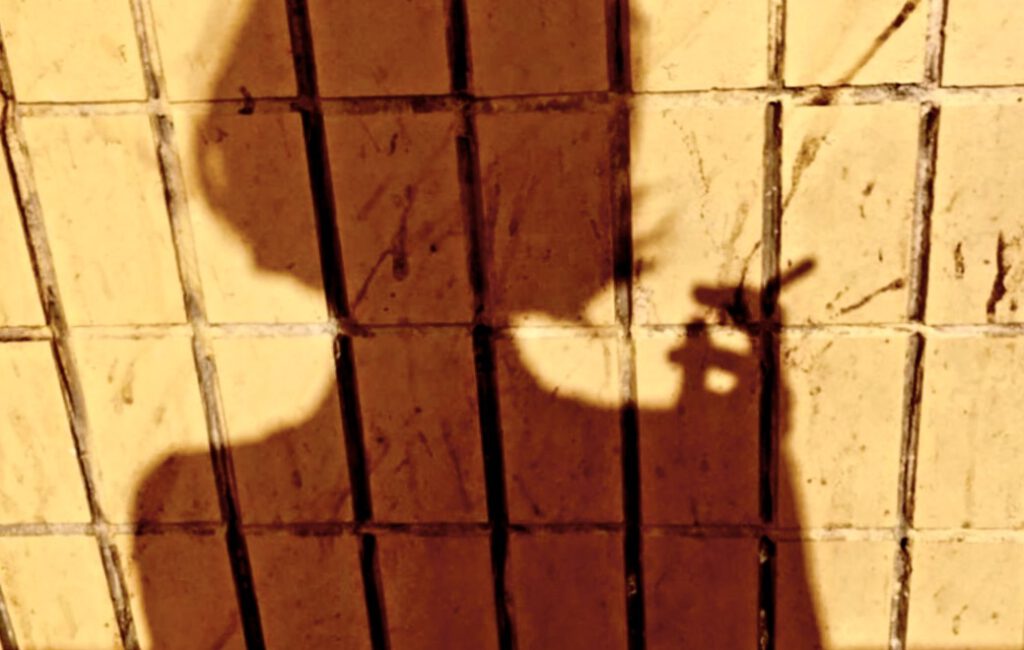 This is the story of Farnaz Moradi (24), a young Iranian woman who had to face racism around her as she was on the run to escape Russian invasion in Ukraine 2022.

When I was 18, I was already working as a designer in Iran, but my real interest was in engineering. I also felt the urge to get to know other cultures. Since the university in Kiev had a good reputation and life in Ukraine is affordable, the decision was made: I left Iran to study medical engineering abroad.

In my first year in Kiev, I spent a lot of time learning the Russian language, even though most of my classes were in English. For the last five years, I have lived in a university dormitory. I had two flatmates, one from Japan, the other from Ghana, and many international friends. My parents from Iran have always supported me, plus I earned some money myself by working for a delivery service that delivers food in Kiev.

Until war, I didn’t even know that there was such a thing as an air-raid shelter.

It was February 24th, 2022 at six thirty in the morning when I was woken up by someone knocking on the door and asking us to take documents, something to eat and drink and to go to a shelter. My flatmates and I unsuspectingly packed our things and went downstairs. It was cold in the shelter and you could hardly breathe. So many people, crying children, no way to walk and difficulty using the toilet. There were mattresses on the floor and we had brought our bedding, but with people panicking and scared, I couldn’t sleep well.

Ten days later, there was still no end in sight to the war and the situation was getting more serious. By this time, most of my international friends had somehow returned to their home countries. I stayed with the two remaining friends from my dorm, Himari and Kwame, and we made our way (on foot) to the train station. We had to wait eight hours standing on the platform for a train. When the train finally arrived, we were told to let the Ukrainians board first. The people said: “First Ukrainian children, Ukrainian women and Ukrainian men. Only if there is still a place available, you can get in too.”

We witnessed black people staying behind when the train to Lviv departed.

You have to know, my friend Kwame is black and there were other black students around. The Ukrainians obviously recognised that we were foreigners just by looking at us. At the beginning, the train staff only asked us if we had train tickets! Since there were no tickets to buy anywhere on those days, you could really call that racism. But I’m not angry, I try to understand people. I think this is not unusual behaviour in a situation of stress and fear. People wanted to keep their lives and their children safe. We witnessed black people remaining on the platform when the evacuation train to Lviv departed, but my friends and I were able to get on at the last second.

We drove to Lviv, where we slept in a hostel for one night, but it still didn’t feel safe. So we took a far too expensive taxi to the border in Poland, where we queued. It was daytime when we waited and it was freezing cold. I remember it was snowing that day. We only had to wait in line for nine hours, so it wasn’t too bad. When we got to the very front, the customs officers refused to allow young men to cross the border. But Himari and Kwame are a couple, and that’s probably why – apart from the fact that they are foreigners – they were waved through.

We only had to wait in line for nine hours, so it wasn’t too bad.

Right next to me was a boy, maybe 19 years old, all alone. He was about to cry because he was afraid he wouldn’t be able to pass. I had never seen him before; I didn’t know his name or where he was from, but he wasn’t Ukrainian. He looked at me very scared and asked desperately, “Hey, can you tell them that we are a couple?” And I said intuitively, without thinking, “Okay!” We didn’t have to hold hands or anything, but “being a couple” obviously made it easier and we crossed the border on foot. Together and yet alone.

You wonder why I decided to stay in Austria for a few months instead of going home now? Well, once I go back to Iran, it will be very difficult to get another visa for a European country. So I’m waiting and trying to do my online seminars from here. If everything works out, I will finish my Bachelor’s degree in a year – maybe in exile in Austria, maybe in Ukraine, if the war is over by then.

As Iranian on the run from Ukraine, if I want to return there one day, I must remain in the EU now.

Previous: They pushed my grandmother in a shopping cart out of the bombed city.
Next: In my imagination it still is winter in Kyiv – as if time has stopped in Ukraine.
Wir verwenden Cookies und ähnliche Technologien (im Folgenden Cookies genannt) zur statistischen Nutzungsanalyse, zur Optimierung dieser Seite und zur Anpassung der Inhalte an Ihre Nutzungsgewohnheiten. Mit einem Klick auf „Alle zulassen“ akzeptieren Sie die Verarbeitung und Weitergabe Ihrer Daten. Weitere Informationen finden Sie in unserer Datenschutzerklärung. / We use cookies and similar technologies (hereinafter referred to as cookies) for statistical usage analysis, to optimize this site and to adapt the content to your usage habits. By clicking on "Alle zulassen" ("Allow all") you accept the processing and sharing of your data. For more information, please see our privacy policy (Datenschutzerklärung).
Einstellungen/ SettingsAlle zulassen/ Allow all
Manage consent